Skip to content
Loading...
Latest news
Shiver/Sugar
Churched
Protected: ef re the gale (a short story about remembering and forgetting, about the end of days)
The Moth Bride
Drawings: Flocks of Ghosts 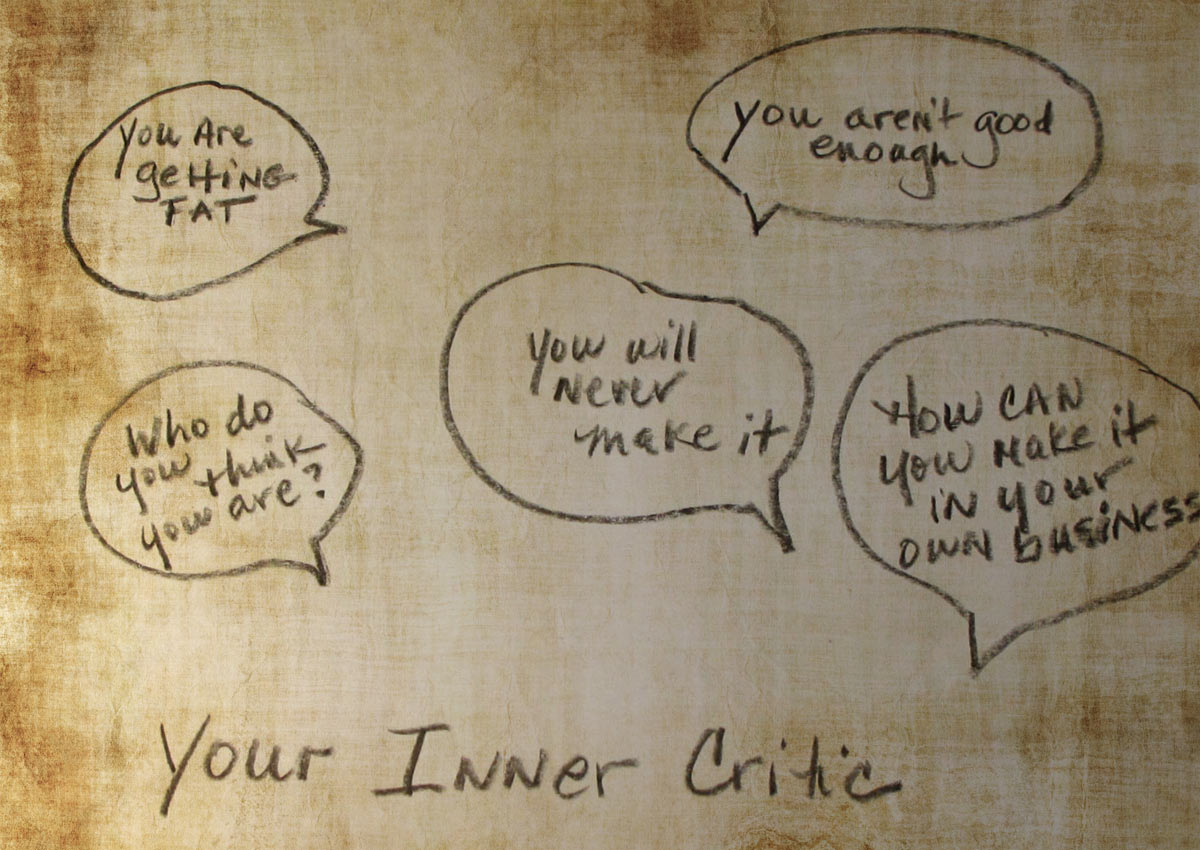 During the week at Arvon, I became really aware of the inner critic. Many teenage students spoke honestly about the internal barriers we’re all up against as writers or creative people in general.

Someone said in a tutorial – ‘The inner critic is a bubble in my head. It gets bigger whenever I think about writing. It says I can’t write, that everyone else is better than me.’

This made me think of the book, Whatever You Think, Think the Opposite, by Paul Arden.

So… in considering the inner critics of these teenage students, and what they reported they said:

in looking for solutions, or ways to combat those ‘inner critic’ voices, we may find them in oppositions.

If while you write, your inner critic tells you that your writing is boring, seek out the most interesting vocabulary, the most striking imagery. Avoid cliché, or invent some new cliché. Be surprising. Surprise yourself first.

If you worry that your grammar or spelling is bad, play with grammar and spelling to extremis. Create new voices and words, unique and unusual phrases, and let yourself play with sentence structure. Break all the rules and see what happens.

If you think everyone else is a better writer than you, consider if ‘the best’ is really a good thing to aim for. Perhaps you could aim for something creatively ambitious, and compete with yourself rather than other writers. How about setting yourself tasks such as: writing the worst character, the sickest plot, the most sensual love story, the chilliest ghost story or the most cunning description of the internal thoughts of trees? Let your ambition take you on strange tangents. Let the ambition get creative.

Sometimes our ‘inner critic’ is telling us, in its opposite, something we need to know – how to challenge ourselves creatively. It’s not a bad thing, if we use its reflection to our advantage.

If you write too fast, try writing too slow.

If you are too controlled, write something which jumps all over the place.

If you use the same vocabulary all the time, get a dictionary / thesaurus and write a character who uses different words to yours.

If you think you’re not clever enough, write in first person, using the voice of a ‘stupid’ character.

So a prompt – take your inner critic’s loudest phrase, consider what is the opposite of this phrase. Set yourself a task. And then write.

If it’s as simple as: ‘I can’t write’ then prove it wrong by writing without stopping for a set period of time. Prove without judgement of the words on the page that your own inner critic has lied. Underline the best phrases. Use them to start something new.

And then write some more.

The inner critic’s voice is either our own voice or someone else’s from the past. Either way, it’s only a thought or the ghost of one. It doesn’t matter where it came from. It matters what we do with it now.

Laughing at the inner critic is also an option. Bubbles can, after all, be burst, whatever they’re made from.